The Great Lakes region is known as America’s “Third Coast.” Sure, you might be hundreds of miles from the nearest ocean, but you’ve got dozens of postcard-worthy freshwater beaches, surf-caliber waves, sand dunes and charming lakeside towns that can feel more like The Hamptons than the Midwest in the summer months. Northwest Michigan — anchored by Traverse City, Petoskey and Harbor Springs, and the awe-inspiring Sleeping Bear Sand Dunes National Lakeshore — is a renowned summer playground. The region boasts some of Michigan’s most sought-after vacation real estate, with properties ranging from $500,000 to $7,200,000 or higher, depending on their size and proximity to lake or sandy beach.

If you’re looking for a knowledgeable guide to help you navigate the unchartered waters of Third Coast property buying, you’ll find an expert in Coldwell Banker Schmidt Family of Companies. A family-owned brokerage since 1927, Coldwell Banker Schmidt got its start in Traverse City — a sleepy summer beach town with vineyards, nature preserves and breathtaking views of Lake Michigan. It has since expanded to over 70 offices with over 1,400 real estate agents. The No. 2 Coldwell Banker affiliate now has offices in Michigan, Ohio and Florida, and recently completed an acquisition of Coldwell Banker St. Croix to capitalize on seasonal cross-marketing opportunities between the popular winter and summer destinations.

That luxury footprint received a notable boost last April of 2017 when the Coldwell Banker® brand launched the Coldwell Banker Global Luxury® program. Now a year into its conversion from the 80-year-old marketing platform known as “Previews,” the Global Luxury program has brought a reign of new success to the 91-year-old affiliate. Luxury home sales priced from $500,000 to $999,000 increased by 22% for Coldwell Banker Schmidt from 2016 to 2017. Sales in the $1 million+ category also rose by 27% last year. 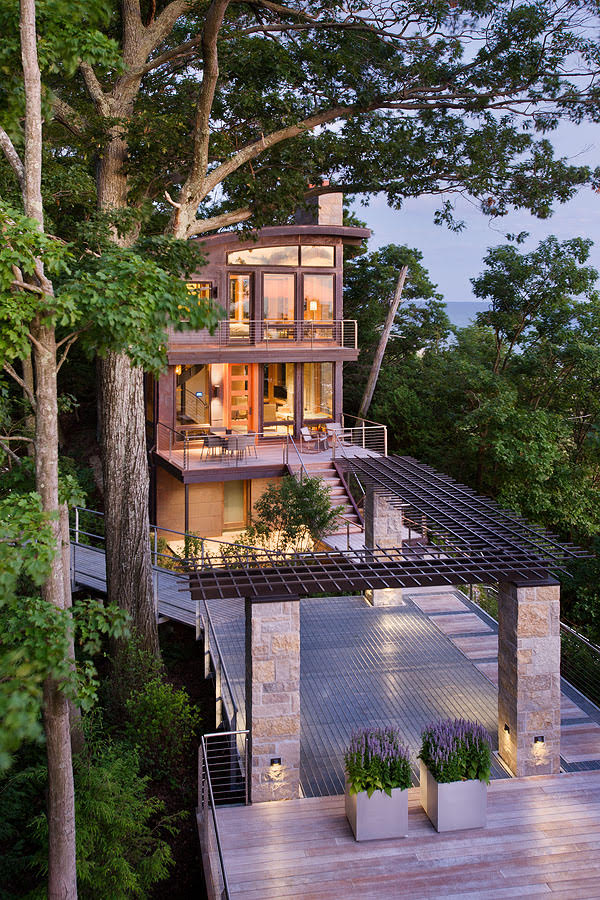 “Two of the biggest impacts for us have been an increase in our market share resulting in more sales, as well as the impact on our ability to recruit luxury agents,” says Tracy Bacigalupi, vice president of marketing. “Not only have our sales increased quite substantially over 2016, but we have been able to recruit exceptional individuals and teams to our luxury division. We have an incredible story to tell and the branding and marketing to back it.”

Adds Jeff Greenway, director of luxury: “We were very excited when they announced a year ago last December that they were rebranding the luxury division for the Coldwell Banker brand. We saw an opportunity to shine, and we were already doing a lot with the existing luxury program. We launched our new program April 1, 2017 and put signs in the ground on April 2, across three states. Coldwell Banker provided us with unbelievable marketing materials, and we totally embraced everything the brand brought to us. It’s a world-class program, inside and out.”

Greenway points anecdotally to several top real estate agents in the Michigan area either joining Coldwell Banker Schmidt or returning to the firm after leaving for other local boutique real estate brokerages. “We’ve recruited tens of millions of dollars worth of agents,” he says on account of the new program. 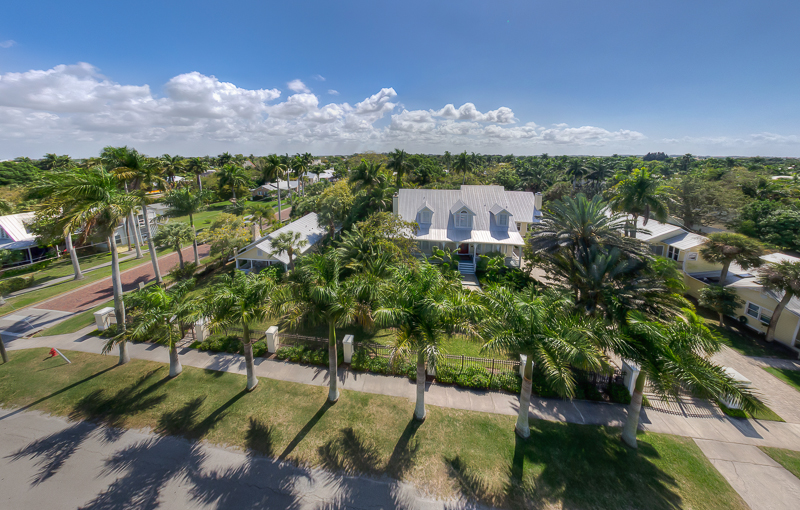 High-end clients in the area have also welcomed the new program. “It gives us more recognition in those communities that we want to do more business,” he says. “There is a better connection with the Coldwell Banker brand.”

No one is more excited about the luxury brand shift than Ken Schmidt. A fourth generation owner, he has happily expanded the traditions that his grandfather Harold started decades ago.

“I think he would have been surprised and proud by our achievements today,” says Schmidt. “When he started our company, there was just one office with eight people. There has been so much growth since then — and a lot, since my son, Mike, came into the business in the last 15 years. With the Coldwell Banker Global Luxury program, we have far better national and international resources now.”

Growth has not just been constrained to the company; it’s coming for the Third Coast market too. While the price threshold for luxury has remained consistent along the coast, Schmidt expects home values in certain high-demand areas, like Bay Harbor and Harbor Springs, to eventually increase. 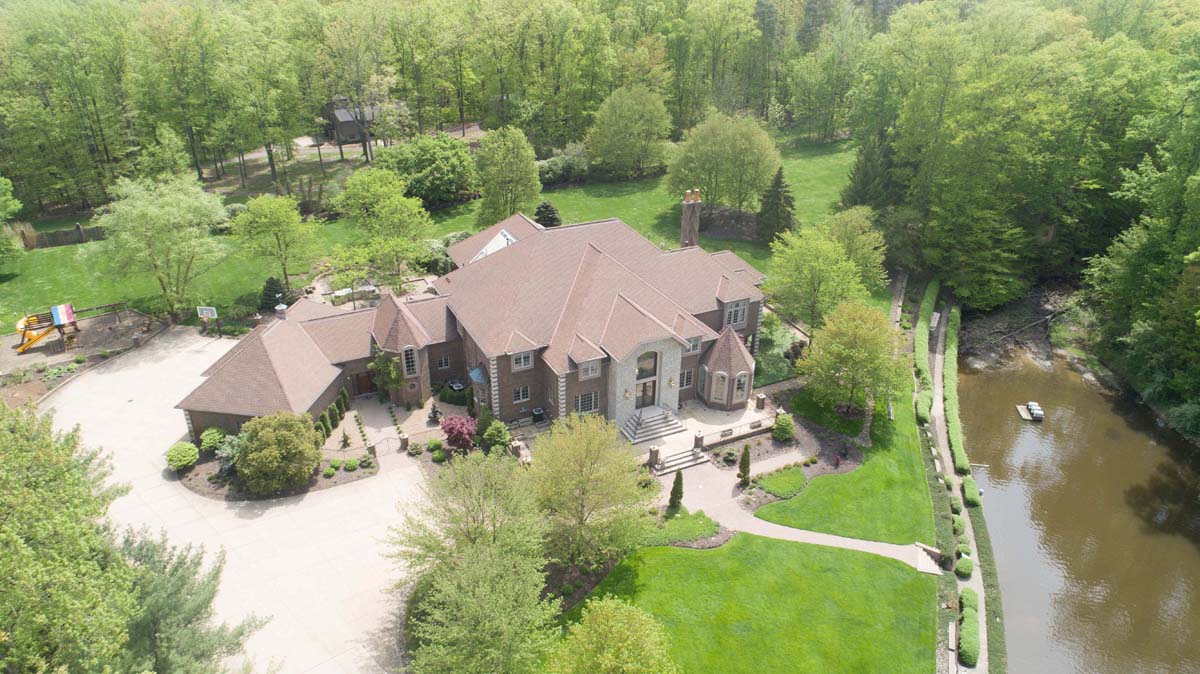 “In Northwest Michigan, and I would say even the entire five-county area, the population is about 100,000, but in the summer it escalates to 200,000 and a large percentage of them own second homes in this area,” says Schmidt. “In the summer months, United Airlines and Delta offer expanded air service from Detroit, Chicago, New York, Dallas, Denver and Minneapolis, because of demand. All throughout the summer, families are coming and going.”

The Coldwell Banker Global Luxury program has especially helped Coldwell Banker Schmidt in building brand awareness across all of the company’s feeder markets in Coastal Michigan and Coastal Florida. “Michigan people want to buy a Florida residence for the winter, and Florida people want to get away from the heat, and they understand the strong brand connection that we now have,” says Greenway. “When luxury buyers enter our marketplaces, they are typically coming from areas where there is a large Coldwell Banker presence. Now that this presence is branded as Coldwell Banker Global Luxury, they instantly recognize our company and our size. The new brand has been an absolute game changer for us.”

What to Know About the Current Grand Rapids Real Estate Market

The real estate market has undergone considerable fluctuation in recent years affecting both buyers and sellers. If you are looking into purchasing a home for ...

Grand Rapids, Michigan, is one of the Midwest’s fastest-growing and most exciting cities. Grand Rapids has a population of almost 200,000, and the total ...

The Definitive Checklist for Finding Homes with More Space

Finding the ideal home for the needs of your family is no easy task, but it can be an exciting one. Often, the driving factor for buying a new home is the need...

Residential Market In Grand Rapids On The Upswing!

The Preserve Townhomes construction project in Spring Lake by PURE Real Estate Management is one of many underway to meet the demand for residential housing. ...

The Most Common Problems Uncovered in Home Inspections

Very few home inspections ever come back completely clear. Indeed, 86% of buyers who recently had a home inspected said their inspector identified at least one...

Amongst the breathtaking scenery and inviting atmosphere of Grand Rapids, Michigan, is a variety of activities that the whole family can enjoy. These six famil...

Check Before You Prune!

Government urges everyone to check their gardens for tiny eggs before they prune. Here’s why!

Grand Rapids is No. 1 City For Millennial Homeowners

Grand Rapids has the highest millennial homeownership rate in the U.S., according to a recent study.A report by Porch found 56.8% of millennials in the Gr...

Nestled in West Michigan, on the banks of the Grand River, is the city of Grand Rapids, ranked as one of the best housing markets in the country, Whether you'r...

If you have a family, one of the most important things to consider when searching for a home in Grand Rapids is the school district. Grand Rapids, Michigan, ha...

Top 5 Things To Do in Grand Rapids

Located 40 minutes east of Lake Michigan sits Grand Rapids, the second-most populous city in all of Michigan. For many, relocating to Grand Rapids for family, ...

Spring curb appeal can make or break the sale of your home. That doesn’t mean you have to spend hundreds or thousands of dollars on spring landscaping, t...

Millennials are About to Trigger a Major “Changeover Point’ for The...

A fundamental shift in the spending habits of U.S. millennials will have an incredible impact on the world’s largest economy, according to the...

Transform Your House into a Smart Home Smart homes aren’t the future of real estate – smart home technology is already in homes today and soon beco...

Buyers might want to sit down for this: Homes flew off the market like the hottest of hotcakes in the first quarter of the year—causing price...

Some great ideas if you’re thinking of remodeling your kitchen!

GRAND RAPIDS, MI - Thanks to its growing economy, West Michigan's housing market has shot up to No. 13 on a "hotness" index created by Realtor.com, jumping pas...

Owners Most at Risk of Home Improvement Scams

Home improvement projects present the biggest opportunity for scammers to take advantage of homeowners, according to the Better Business Bureau’s Ri...

Sellers looking to get the best price know that curb appeal plays a huge role in getting buyers through the door. Once the flowers fade and the temperature dro...

Marble, or metamorphosed limestone, is a beautiful natural stone, with each rock unique to where it’s found and how it was formed. It has been in existen...

Wall choices may seem ho-hum and routine. But innovative design professionals and entrepreneurs have developed new choices that you as a real estate pr...

Why You Really Need a Home Inspection

Buying a house is probably the single largest investment you’ll ever make, and you want to ensure you get the best value for your hard-earned dollar. Th...

Grand Rapids #2 on List of 25 Cities Millennials Can Afford & Want ...

Photo by Holly Ravazzolo for the Riverfront Times Forget San Francisco, Washington D.C. and New York City.This is a list for the rest ...

The Hottest Real Estate Markets to Watch in 2018

Grand Rapids, MI is #1 on this list! On the mighty banks of the Grand River, Michigan’s second-largest city is at the top of our list largely due to its...

While living in one of America's major cities like New York, Los Angeles, or Miami may sound glamorous, it's no secret that the lifestyle in those places...

Every year, U.S. News & World Report, a global authority in rankings and consumer advice, releases its list of the Best Places to Live in the United State...

The overall fundamentals in luxury housing are stable and strong, according to the highly anticipated 2018 edition of “The Report” presented by th...

The Great Lakes region is known as America’s “Third Coast.” Sure, you might be hundreds of miles from the nearest ocean, but you’ve got...

7 Housing Markets Poised for the Most Growth in 2019

Several surprising housing markets are expected to see big growth in the new year. Strong economies and a flood of new residents moving in ar...

Grand Rapids Suburb Is the “Best City” in Michigan

East Grand Rapids is the “best city to live” in Michigan, and it ranks No. 22 out of the 50 best cities to live in the U.S., according to a report ...

Grand Rapids Is the 15th “best” Housing Market in Us

Grand Rapids ranks among the “best” cities in the country for buying a home.WalletHub, a Washington, D.C.-based personal finance website, recently ...

Grand Rapids is one of the hottest markets for Gen Z homebuyers, according to a recent study, but the youngest generation still only makes up a small share of ...

There are plenty of cities across the country where millennials are buying homes, and Grand Rapids is among their hottest targets. (See Article)A report from I...

The Ultimate Guide to Water Heaters at Home

Water heaters are one of those appliances that usually sit forgotten in a basement or utility room until something goes wrong. When it does, it can put a serio...